It’s been a big year for TRU! Here’s some of what we accomplished.

We raised Tukwila’s minimum wage to $19 an hour!

Late last year, we began laying foundations for a workers’ rights campaign in south King County. We surveyed nearly a hundred workers at and around Tukwila’s Westfield Southcenter Mall, one of the largest retail shopping centers in Washington state. Through conversations with workers, local immigrant-owned businesses, and organizations rooted in Tukwila’s diverse communities, we decided to take on an ambitious campaign to raise Tukwila’s minimum wage to match the higher minimum wages in neighboring SeaTac and Seattle. 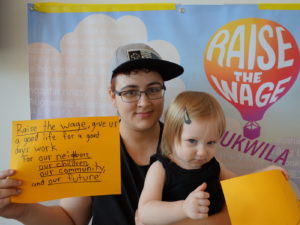 We built a broad community-labor coalition and mobilized our members and volunteers for a citywide door knocking operation, talking with Tukwila residents about their struggles and the need for higher wages, and gathering thousands of petition signatures to qualify for the November ballot. We did it! Tukwila voters passed our measure in a landslide, with over 82% voting yes. Tukwila’s minimum wage will rise to about $19 an hour in July 2023, more than a 30% raise from the 2022 statewide minimum wage of $14.49. Our measure also includes an “access to hours” policy that requires employers to offer available hours to existing part-time employees before new hiring, to prevent corporations from cutting workers’ hours to avoid having to provide benefits.

We’re now discussing how to continue organizing with Tukwila workers and residents next year to ensure the new law is enforced and to fight for further gains, and how to spread the movement to other cities across King County.

Organizing with renters for stronger tenant protections in King County

This year, TRU continued working with allies in the Stay Housed Stay Healthy coalition, which we helped to build in 2021. We organized with renters and fought for stronger tenant protections in cities across King County. This work is especially timely as median rents skyrocketed this year, in many cities rising 20-30% since before the pandemic. By door knocking at apartment buildings and mobilizing renters and allies to put pressure on elected officials, we’ve won crucial protections in five cities this year. Our work in the city of Kenmore was covered in The Seattle Times earlier this year. We plan to continue this vital work in more King County cities, including SeaTac and Tukwila, in 2023. 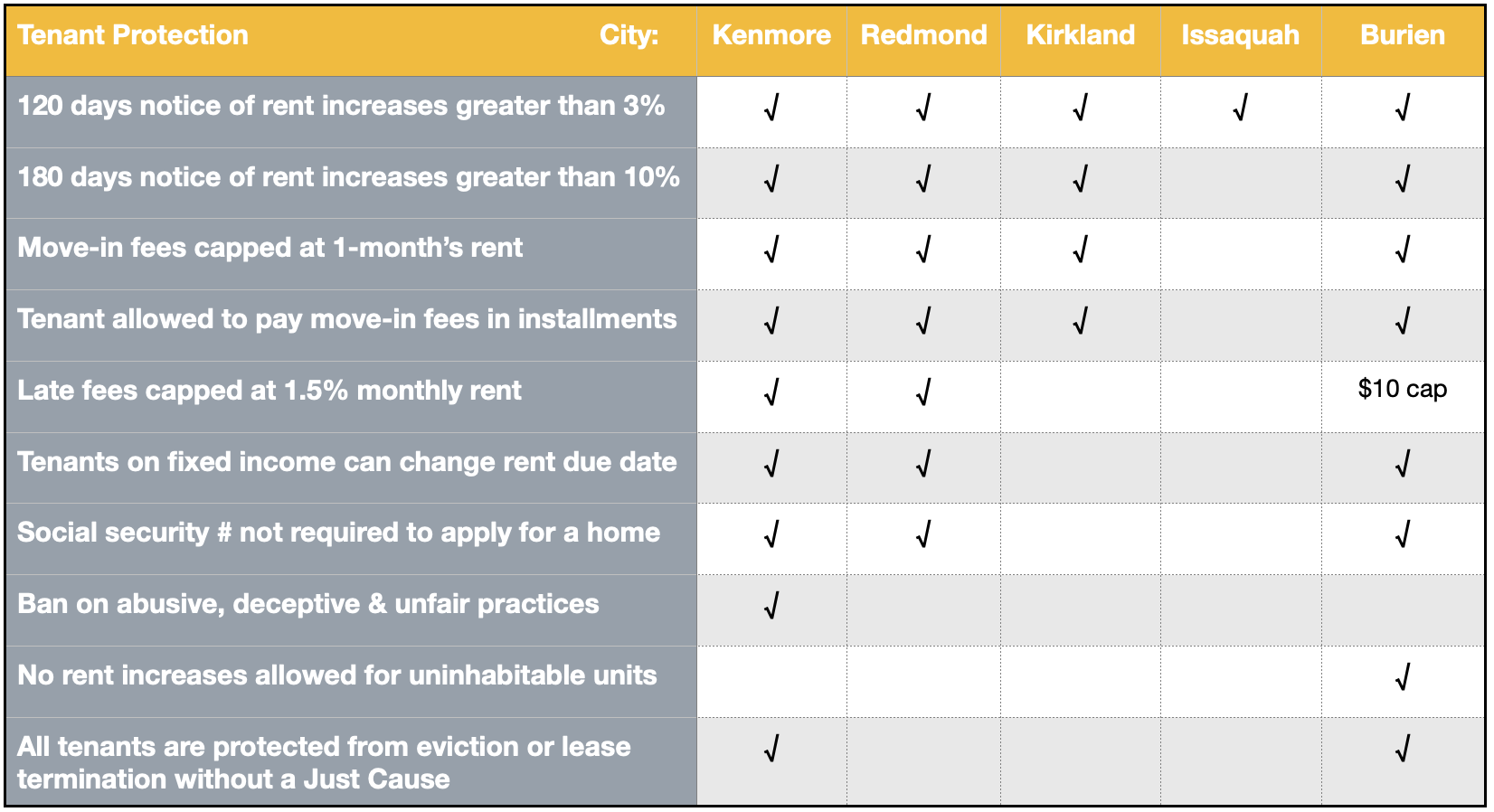 Continuing the Fight for Progressive Revenue 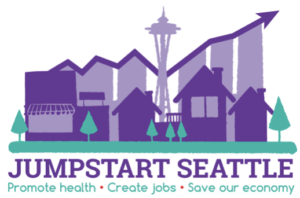 Washington state has long had the most regressive tax system in the country. After dramatic tax battles with Amazon and Seattle’s corporate class going back to 2017, in 2020 TRU played an instrumental role in winning a big business tax (“JumpStart Seattle”) targeting the tech sector, which raised over $250 million in its first year— revenue that helped Seattle weather the COVID-19 crash, is now funding affordable housing and other community priorities, and will be key to sustaining basic services during the coming economic downturn and budget crisis. Last year we won a commitment from the city council to continue making our tax system more just, and this year the city laid foundations for a new Progressive Revenue Task Force!  TRU has a seat on this workgroup, which convened this fall and will continue its work through spring of 2023.

The pandemic has been brutal for people experiencing homelessness. This year, TRU’s camp outreach project has turned tens of thousands of dollars into food, propane, batteries, water and other basic necessities for our neighbors surviving outside. This project is powered by TRU members’ volunteer labor, cooking meals and visiting camps every weekend, and funded entirely by individual donations from TRU members and supporters.

TRU is part of the House Our Neighbors coalition, which collected signatures this year for a Seattle Social Housing initiative and qualified for the ballot! Next February, Seattle voters will decide whether to create a Public Development Authority to build affordable mixed-income housing on the model of Vienna and other cities worldwide with large non-market public housing sectors.

Organizing for a Solidarity Budget 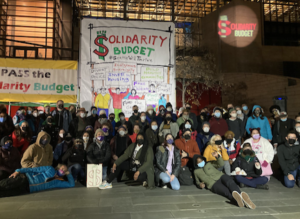 TRU is a proud member of the Seattle Solidarity Budget coalition, which grew out of the 2020 uprisings in the wake of George Floyd’s murder. This year the coalition’s priorities included fighting for living wages for human services workers, opposing police-based responses to the homelessness crisis, transportation investments to end deaths and injuries due to vehicle traffic, massively increasing the pace of affordable housing construction, and fully funding Seattle’s Green New Deal.

Defeating an Amazon warehouse near the Mt. Baker Transit Center 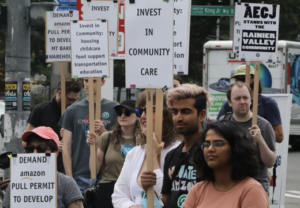 Last year, we learned that Amazon was scoping sites in Seattle for new warehouses, including two sites near a light rail and bus station in the historically Black and Asian neighborhood of Mt. Baker. As Consumer Reports recently showed, Amazon opens warehouses in low-income and Black, brown and immigrant communities, with disastrous effects on their health and safety. We helped to build and support a coalition opposing these plans. In July, when news broke of a planned rally, Amazon announced that it no longer intends to build warehouses in South Seattle! Now the coalition is pushing to get those sites dedicated to neighborhood-supported uses such as affordable housing to prevent Amazon from changing its mind in the future.