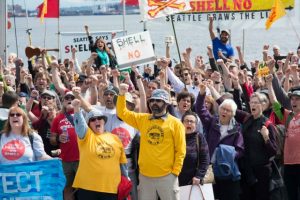 Public transit is a critical part of stopping climate change, as well as improving the quality of our air and water. Did you know that half of Washington State’s greenhouse gas emissions come from transportation? One full bus can carry the same number of people as 60 or more cars!

A commuter who switches from driving alone to taking public transit can reduce their annual CO2 emissions by 4,800 pounds. You could weatherize your home, change to compact fluorescent bulbs and replace your old refrigerator and it wouldn’t equal the difference you can make by leaving the car at home. (But you should do those things too!) 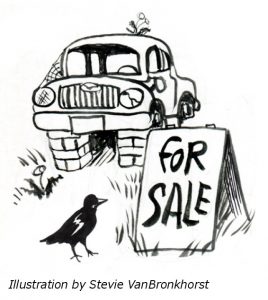 So many people would love to drive less, or even give up their cars altogether, if only we had a mass transit system good enough to get them where they need to go quickly and reliably.

As housing costs in Seattle and other big cities climb to the stratosphere, lower-income people are being pushed out to the suburbs and smaller cities where public transit service is not adequate to everyday needs. The people who can least afford all the expenses of car-ownership are often the ones with no other choice.

That’s why we need to organize, not only for better public transit but also for affordable housing  and equitable development that will enable more people to live in our cities without pushing low-income residents out.