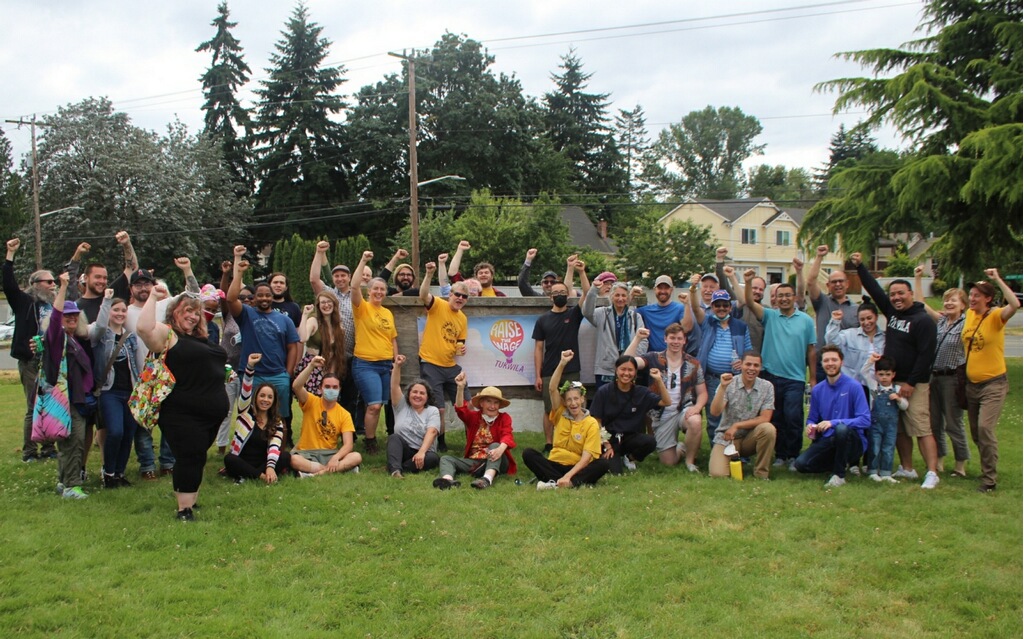 Over the past three months, we’ve been hard at work gathering signatures to win a living wage for Tukwila workers. As you may have seen in The Seattle Times, last week we learned that we submitted more than enough signatures to qualify for the ballot!

Thank you so much to everyone who helped with this achievement: all the volunteers who knocked doors, entered data and made phone calls; our hard-working TRU organizers; allied groups that endorsed the campaign & gathered signatures; everyone who’s donated so far— and, of course, all the Tukwila residents who signed the petition and all the Tukwila workers who spoke up about why it’s time for higher wages. Together we will win on election day!!!

But… It’s going to be a fight. We expect to be far outspent by corporate interests that care way more about maximizing their profits than the well-being of their workers. They’ll try to scare Tukwila voters into rejecting a minimum wage increase— just like they tried to do when SeaTac and Seattle were fighting for the same thing. We need to run a super strong Get-Out-The-Vote campaign this fall to counter their misinformation, and for that we need to raise a lot more money than we have on hand right now. To help us off to a solid start, please consider making a donation of $10, $100 or $1000 now in honor of TRU’s 10th birthday!