Seattle has an excellent library system and we need to keep it that way. We don’t usually love property taxes, but we do love libraries, so this one is well worth it. Vote Yes! 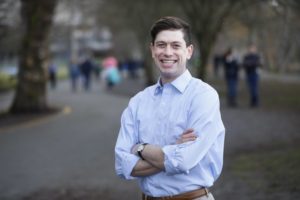 Here at the Transit Riders Union, we will miss Councilmember Mike O’Brien. We’ll miss his leadership on public transit and sustainability. We’ll miss his compassionate and courageous approach to the homelessness crisis in the face of ugly opposition. And we’ll miss his willingness to work closely with grassroots groups and communities to get stuff done. But he’s not running for re-election, so you can’t vote for him.

There are many candidates running to represent District 6, more than in any other district, though only six of them filled out our candidate questionnaire. We decided to endorse a candidate who we think shares many of TRU’s values and also (we hope) is within striking distance of making it through the Primary: Dan Strauss, who now works as an aide to Councilmember Sally Bagshaw. Dan’s answers to our questionnaire stood out, notably his idea of indexing city fees, fines, and permits to income, like Finland does. We also like that he hasn’t been endorsed by Speak Out Seattle or the Chamber of Commerce, something we can’t say of the other front-runners in this race. If you live in District 6, we hope you’ll vote for Dan! 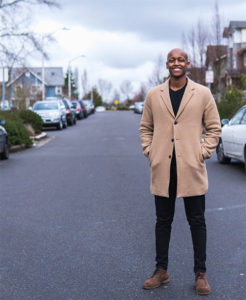 Councilmember Larry Gossett and the Transit Riders Union go way back, back to early 2012 when TRU was still just a small crew of volunteers, and he was the first county councilmember we met with to discuss our idea of a low-income reduced fare. We appreciate the many things Councilmember Gossett and his dedicated staff have done over the years to advance the cause of affordable and accessible public transit, from championing the ORCA LIFT program to pushing to improve Access Paratransit service.

And yet… TRU is endorsing Gossett’s opponent, Girmay Zahilay. The King County Council is often a sleepy body, with rarely-contested elections. That’s not healthy for democracy. In today’s rapidly-changing world, this council needs members who are there on a mission, willing to shake things up, coming with bold ideas, prepared to challenge their colleagues and fight hard for their consituents. When a candidate like Girmay Zahilay comes along, it’s really hard to say no.

As a child of refugees who grew up in South Seattle, Zahilay has deep roots in the community and personal experience of the challenges many District 2 residents are facing. As an attorney and the founder of a non-profit that mentors at-risk youth, he has demonstrated his abilities and dedication. He has also taken a stronger position against youth incarceration than any of the sitting councilmembers, including Gossett. We think King County District 2 will be best served by electing Girmay Zahilay.