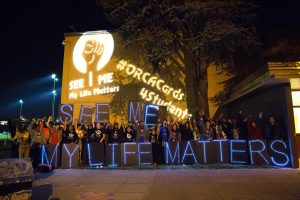 Thank you to everyone who emailed and called City Councilmembers over the past few days. On the afternoon of Monday, June 25th, after testimony from TRU members and from our friends at ATU 587 (the union of Metro bus drivers and mechanics), the council voted to strike the Mayor’s proposal to contract with a private transit provider.

With that ‘poison pill’ removed, the council then voted unanimously to free city transit dollars to make infrastructure improvements that will improve speed and reliability; and to fund student ORCA passes, expanding on the victory won by Rainier Beach High School students, with TRU’s support, in 2015. This will make Seattle the largest city in the country to provide free, year-round transit passes for all high-school students!

That same Monday we also testified at King County Council meeting, in favor of a motion written by Councilmember Rod Dembowski’s office in collaboration with TRU. This motion directs Metro to deliver cost estimates for new programs that would make public transit more affordable and accessible for youth, college students, very low-income and homeless folks, low-wage workers, and residents of low-income housing — all causes we have been championing for years. The motion passed unanimously, setting us up for progress during this fall’s budget process.

With that, TRU is taking a long-overdue break for the month of July. We will be back in action in August, ready to resume our work on decriminalizing fare enforcement, improving Access Paratransit service, winning free transit passes for UW workers, and more.  See you then!