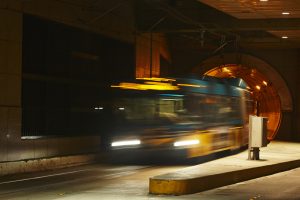 The City of Seattle is considering a proposal to divert public funds intended to buy additional Metro service hours to private contractors.  This proposal is part of a larger package of changes to the Seattle Transportation Benefit District, which will be decided on Monday, June 25th.

Councilmembers Teresa Mosqueda and Mike O’Brien are planning to put forward an amendment to strike the privatization proposal. This amendment needs our support! We invite you to join us in urging the council to keep public transit public by sending an email now:

Why would the City even consider contracting with a private bus service provider? The stated reason is that additional peak service is needed to ease congestion during the upcoming “Period of Maximum Constraint”; and King County Metro claims they are unable to provide this service.  However, the experience of other cities shows that privatization is a slippery slope, and we believe the costs and risks of setting up a private system that parallels and supplants King County Metro far outweigh the potential benefits.  We believe the City Council should reject this proposal and instead work with SDOT and Metro to reassess the possibilities of adding publicly-operated service, and implement street improvements such as dedicated bus lanes and other strategies to reduce congestion.